How Heat Moves Through a Stone House 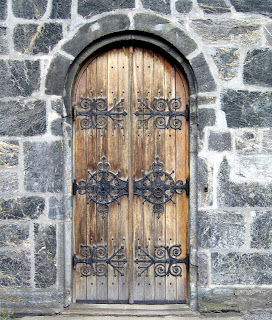 If you’re thinking of building a slipform stone house, jumping on board the green trend can be a unique challenge. The very nature of a stone house, with all of its intricate masonry, is what makes being eco-friendly such a daunting task—it is notoriously difficult to insulate a stone house. Stone is a fantastic conductor; because of this, a poorly insulated stone house will hold too much heat in the summer and lose too much in the winter. As such, the process of maintaining a comfortable living temperature requires enormous quantities of natural resources and money.
The two biggest hurdles the builder of a stone house faces when trying to achieve energy efficiency are the thermal mass of the home and thermal bridging between the walls and the foundation.
Thermal mass is a term that describes a building’s ability to hold and radiate heat. Because stone is such a good conductor, houses which feature masonry have a higher thermal mass than other structures. The absorption of heat by stone takes a long time, and once the heat is absorbed, it will be retained and radiated for up to days afterwards. This property of stone can work both for and against someone seeking to effectively heat or cool a stone house. 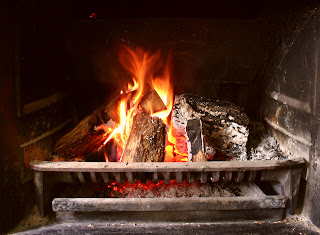 The most obvious way to use thermal mass to your advantage is to insulate, insulate, insulate. Insulation does, however, pose some problems for a stone house. Traditional housing insulation is on the inside of the walls. With a stone house, this would completely eliminate all of the benefits of thermal mass. Because the insulation is on the inside of the wall, none of the heat captured by the stone would be transferred into the house—its progress would be blocked by the insulation. While you would be able to control the inside temperature through the use of other heating methods, that would be inefficient and the point here is to be as energy efficient as possible.
The common solution to the insulation problem causes its own problem. The optimal placement for insulation in a stone house is on the outside of the house. Of course, this covers up the gorgeous masonry and makes the outside of your house an eyesore.
The way to insulate a stone house to best take advantage of its thermal mass is to build a double thickness of stone wall. You can either sandwich insulation between these two walls or leave it empty and allow the air to provide insulation.
There are other ways to take advantage of thermal mass. Make sure the eaves of your roof hang down low. The benefit of this construction style is two-fold: it shades the windows from the hot summer sun to help keep unwanted heat out, while it allows for the low-angle winter sun to shine in and aid in combating the cold. In colder climates, adding a greenhouse or solarium (off of a south-facing wall if you live in the northern hemisphere or a north-facing wall if you live in the southern hemisphere) will allow extra heat in during the day. Simple slide-across shades can be installed to close off these rooms at night to prevent heat loss. 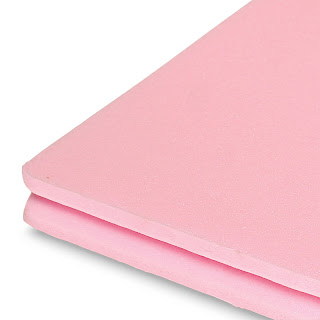 By making these changes, most of the heating and cooling of your stone house can be done passively. The rest can easily be done through the use of a stone fireplace. This may sound crazy for summer months, but it isn’t. Remember that stones radiate held heat for days. A fire that burns for a few hours on a cooler summer night could provide ample climate control for half the week. During the winter, just light the fire more often to keep your stone house at the desired temperature. Slipform stone insulation is critical to success here.
The other factor the builder of a stone house needs to worry about is thermal bridging between the walls and the foundation. Thermal bridging is a term that refers to the passage of heat between parts of a home that touch one another. The stones of your home don’t just conduct heat to the air inside your home—they also transfer it to every single thing they touch. The biggest thermal bridge in a stone house is the foundation. If the stones of your walls touch your foundation, and there is no insulation between the two, then all of your painstakingly installed insulation between your walls and the outside might as well not be there at all.
The solution is simple: make sure your foundation is completely insulated. There should be no gaps between your masonry and your foundation, and both the walls of your stone house and your foundation should be well insulated on all sides. 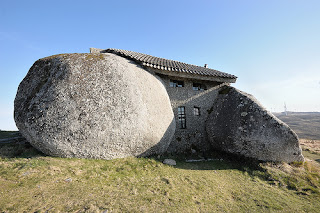 These modifications might seem pricy during the construction of your stone house. In the long run, however, they will more than pay for themselves. Not only will your heating and cooling bills be drastically reduced, you will be helping to make our planet healthier.
Posted by meatbeagle at 11:52 AM